In love with a fairytale? 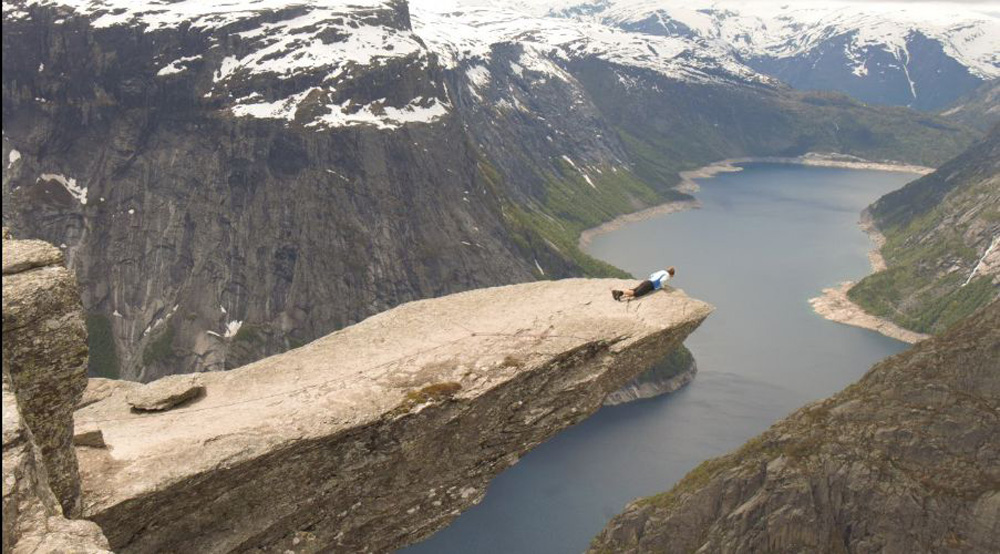 I am a girl from Tartu, Estonia. In 2002-2003 I lived in Bergen, Norway. I was 18 and consider this the time I really grew up and found part of my identity tied in Norway and with Norwegians having an influence on my life more than anything else. Ever since that time many of my choices have been influenced of the love towards that country and identity. Up to the fact that I have celebrated 17th of May more than Estonian Independence Day and if there is anything people know about me, it is the fact that I love Norway and I visit this second home of mine every year to walk the mountains rekindle with friends and eat römmegrött and Mills mayones with flatbred while singing “Solskinnsdag”. Every time I step on the soil of Norway, I feel like I belong somewhere. Yet, I am an Estonian with Lithuanian roots.

Throughout the years I have found that Estonians and Norwegians are quite similar, with one very big difference. The biggest difference being that Norwegians have found a way to take their history and be proud of their identity. Something that Estonians need to learn. That may be one of the root causes why we want to identify ourselves with Schandinavians and also a reason why we shouldn’t. To be someone else is to believe in a fairytale with a happy ending that is an illusion. Instead of creating our own true fairytale. I will try to share my experience and ideas about the similarities and difference and what I think should be focused on instead through this essay.

Are we the same? Or are we different?

I think the similarities and differences are both in Estonia and Norway ingrained in the history, location and nature. And how we use them. Generally, it seems that Norwegians have looked more deeply within themselves and Estonians more towards others to find what makes them unique. Norwegian have a mentality of Ting Tar Tid – things take time, which gives them the strength to be themselves and find ways peacefully without anxiety while Estonians with a work ethic that makes them good employers but bad caretakers of themselves punish themselves on a daily basis and keep them away from themselves, always looking for some faraway dream, a role model that might not fit. I think this is one of the big value differences that both countries could learn from and balance out.

Our identities have been pushed down.
We Estonians know that we have been pushed down, walked over for 700 years. That’s a big burden. Just as Estonians, Norwegians have not been able to be themselves until few hundred years. The first king was Danish and queen from UK. This is the backstory why we both search for identity, Estonians by joining all the unions, leaving the country for better life, adopting other identities rather then maintaining our own. While you can see a bit of that in Norwegian youngsters: Norwegians buy more and more houses in Spain and move there, the youngsters consider their “national food” to be Peppes Pizza (based on 8 months of youth work and youth exchanges with Norwegian teenagers). They like Eurovision and are one of the countries who follows EU regulations to the letter while actually not having to. But at the same time Norwegians are proud of our nation collectively. You can see it on the shops where there is only few imported goods. You can see it how identity and traditions are cherished on a daily basis by using bunads more often than Estonians do, integrating national symbols and modernizing them. We do it, too (the national costume patterns are becoming more hipster every year), but the feeling behind it is not to show our identity but to be “fashionable” “accepted” “like everybody else”.

Our nature is rough and with only few natural resources.

Norway has mountains. Estonia has forest. We both get our mental energy and value our free time in the nature. Mountains mean that hardly anything grows in Norway, but they have fish. Norwegians have had to be resourceful to export anything. Until oil came. It is funny to think that few people realize how poor the country was before and how that has given Norwegians their deep essence.

Estonians have needed to be resourceful as well. Though we have forest to export, there is not much more. Until IT. While Norway gained its rise through natural resources aka oil, Estonians are yet to monetize their value through their brains. We have taken the path of IT, through e-services and developing new ways to bring value through our innovations in that field. Latter being something that The Innovation Norway CEO Anita Kroon Traaseth said Norway has to learn to do, because the oil money does not last forever.

That toughness in resources has helped us survive and thrive and adapt, find intangible things to give value. This is something Nordic countries can learn: the drive for better, bigger, to be ambitious with nothing in your hand. Combined with a strong sense of self that Nordic people have, this is a start of a great story.

Our people are simple.

Norwegians are reserved. They have simple taste. They dress modestly. Everything is practical. Once you live in the mountains, you’ll understand why. This has been a great inspiration for “Scandinavian style” in décor and fashion (say IKEA by Swedes). How can you walk in heels when you have to climb mountains every step of your way? Estonians are generally reserved as well. But there is a big gap between modesty and lashing out with material bling. Estonians should be modest because of the finances that we don’t have. Yet, looking at the streets of Tallinn you will see how there is a need to prove that we can afford stuff (yes, STUFF). So you can see Armanis, new models of Mercedes and other elements that are supposed to show wealth. Hardly anyone can actually afford it and there is no need to it.

If you take all that away both Norwegians and Estonians would prefer to put on the most comfortable clothes and go to the nature with friends, maybe talk a bit, share food and enjoy green. That’s where true identity lies.

In search of identity in changing times

I don’t believe that Estonia should be as a Nordic country. Nor should we separate ourselves from it. All countries, including Baltic and Nordic countries are in the course of change. We are closer to the true fairytale, but to get there we should accept the past, openly see the now and create the future.

If we as Estonians learn from how Nordic people follow and keep their values, we actually might find ourselves. We already have a lot in common that brings us together now we need to find out what we as identity, as nation can bring to the table. And trust that it is valuable. This need to believe in ourselves, as Estonians is so visible from the new ESTonishing idea, which in essence is an idea that for the first time tells Estonians that they are great. Someone outside our nation came and told us that we are awesome. The CEO of Innovation Norway, Anita Krohn Traaseth She brought out that it was foreigners who told Norwegians that there might be oil. It is often that we ourselves do not see the value and riches we have and we need others to show it (Conference “Change Leadership”, Tallinn, 2015).

Traaseth also said that just as Estonia, Norway is a small country and to be in the competition, we both need to become a power couple in something that the big countries can’t. Be it IT, values, nature. But it is important to be ourselves, be different, even if at first we are ridiculed, because all who lead a change, will be ridiculed at first, as Traaseth said. And I think this is a thing we Estonians need to learn also from Scandinavians. It is ok to change your profession at the top of your success. It is ok to say that, hey, this is MUCH better way to do things (like Transferwise).

Momentum. We are closer to the fairytale than we think

Thomas Midteide, communication director of DNB said at this years’ Norwegian communication seminar (Höstseminaret) “Man må skaffe seg et momentum og gjøre strategien enkel i organisasjonens strategiarbeid.” We as a country should also obtain and notice the momentum we have right now and make the strategy easier to become who we truly are and to use it to finally break free of history. It is not about copying but mixing and matching. So it is not about becoming Nordic that matters, because Nordic people also are in need of a shift in mentality and actions. It is for both regions to find what each and everyone is and then successfully combining it with bordering countries (and the rest of the world). The labels are not important, values are. It comes down to modern history and the way each country tackles freedom and the opportunities they are given.

Norwegians are better at bringing forth their national identity. In products, in Eurovision songs, in everyday life. Seamlessly, not exaggerating. Proudly yet being open to modernize things. I believe this comes from stronger sense of identity and self. And that is what we Estonians need to learn – to accept ourselves. Then there is no need to ask who we are. Because we are Estonians. Working together with the rest of the world creating a true fairytale that is ours.