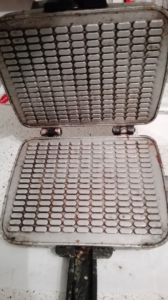 All Estonians know about the “good old waffles made with that Soviet time waffle machine”. It had a specific taste and texture., usually crispy and sweet. My grandmother used to make them to me and I used to sit and watch how she did them. The machine she used was so old that the handles had  (still have) almost broken because of pushing them together to flatten the waffle dough. I still remember the method she used to make them, that you have to have a paper under the machine because it drips of butter and dough. The right moment to push the sides together, how much dough you should put, etc. The new machines are not that fun nor don’t make as good waffles! I am happy that the waffle machine is still working and in our family. (PS: I also have the coffee grinder that is from the Soviet era :)) 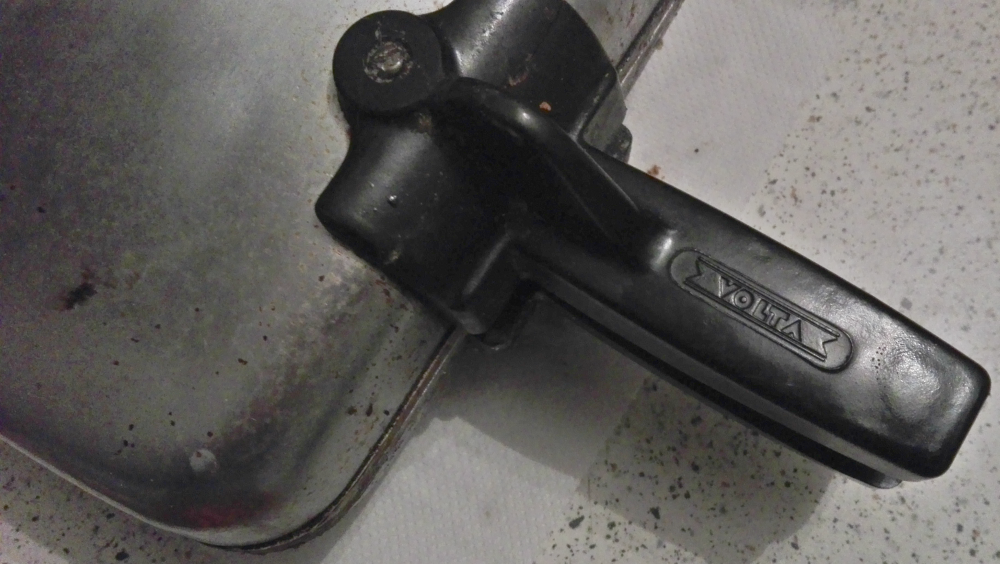 Enough of the going down the memory lane.

I had a craving for the waffles few weeks ago so I took the machine from my mom. Yesterday I took it out to finally make the waffles. The machine was a bit dusty and I did wonder if it starts working – and it did!

I ended up taking one of the simplest recipes:

Whip the egg with sugar, add melted butter (not when it is still hot), then take turns in putting in milk and flour bit at a time. You get around 10 waffles with that.

As I didn’t have that much flour, I added a bit protein powder and rice flour. Still worked well. Especially when adding lovely vanilla ice-cream. 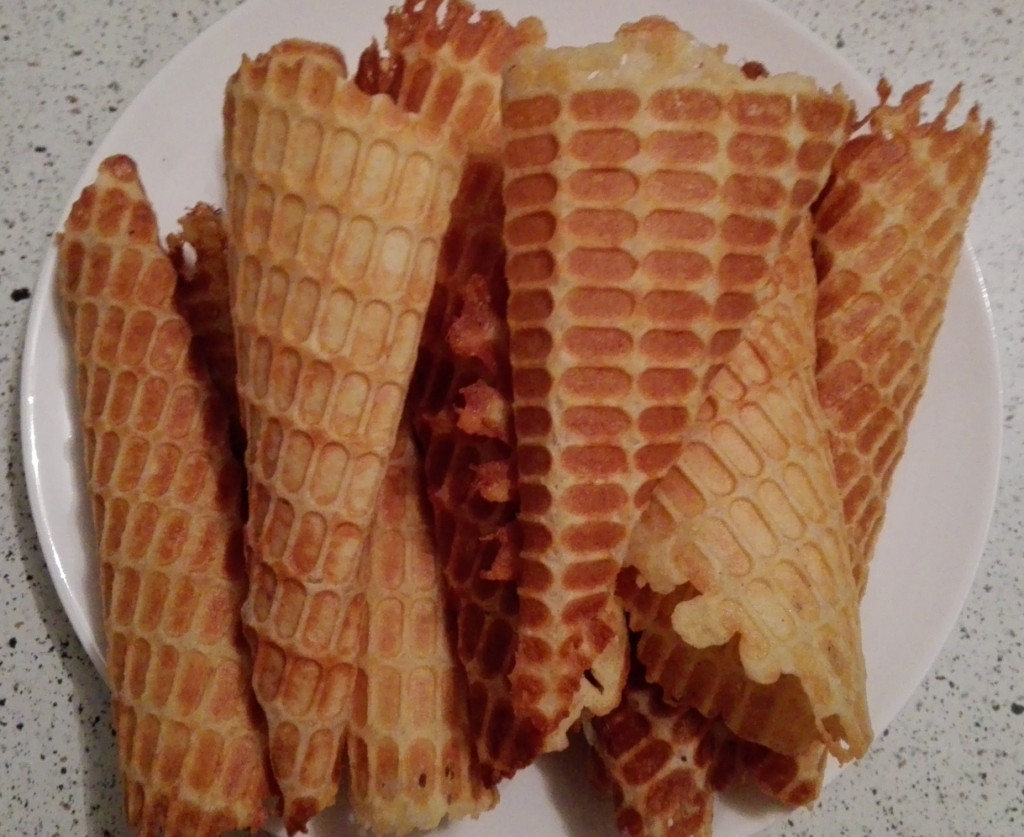