Hei, let’s go to Trolltunga! Unexpected 22km journey to one of the most famous place in Norway

So, annual visit to Norway, usually in May because of 7 mountain hike. As was planned this year. But as it happened, we thought of visiting another place with Anne-Ly. But AS it HAPPENED, the weather played it so that the only good day to go to Trolltunga, one of the most known touristic place in Norway, was the same time that 7 mountain hike was held. So, to bring new things in my life, I decided to take Trolltunga. We did some research and thought we were ready for a nice summery walk in a warm weather on a bit long but not so tough track. Yes. That was all good until we reached the third kilometres.

We started quite early from home and passed Voss, my former place I lived and worked. The Voss lake still catches my breath every time I see it with these reflections. 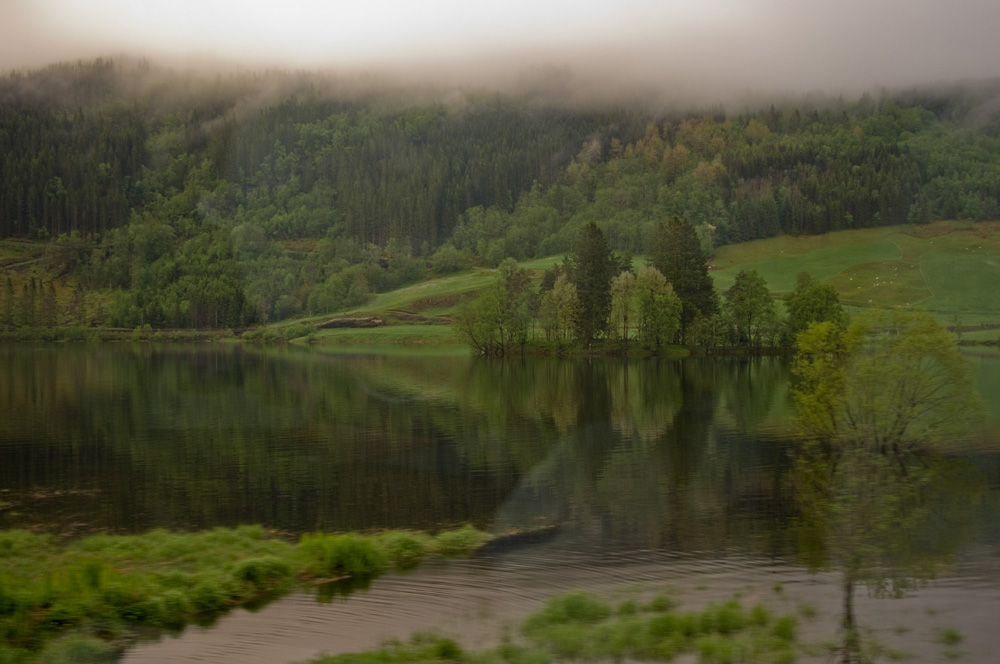 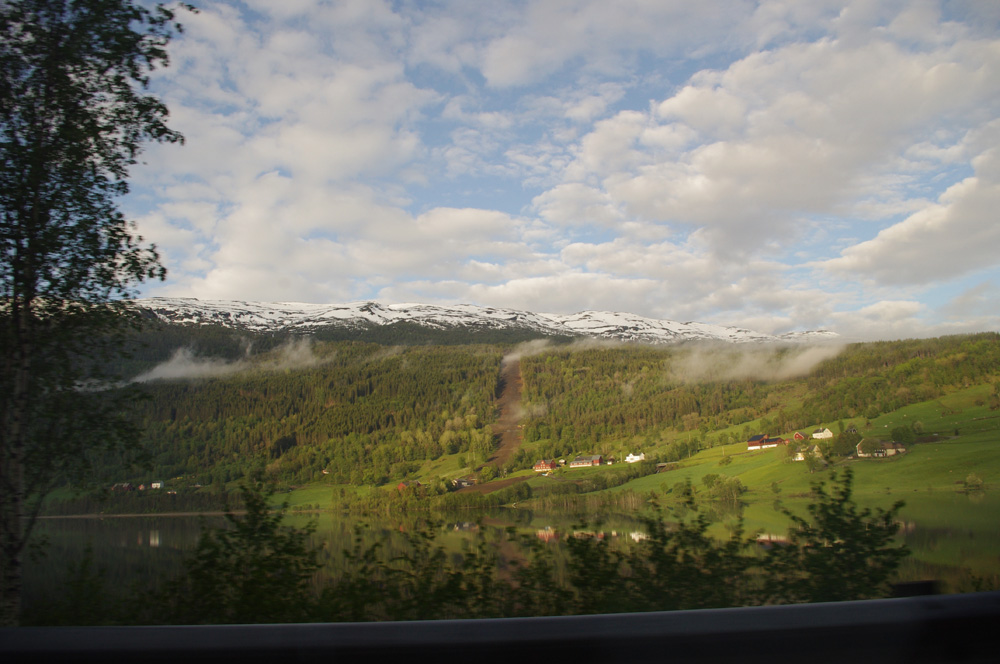 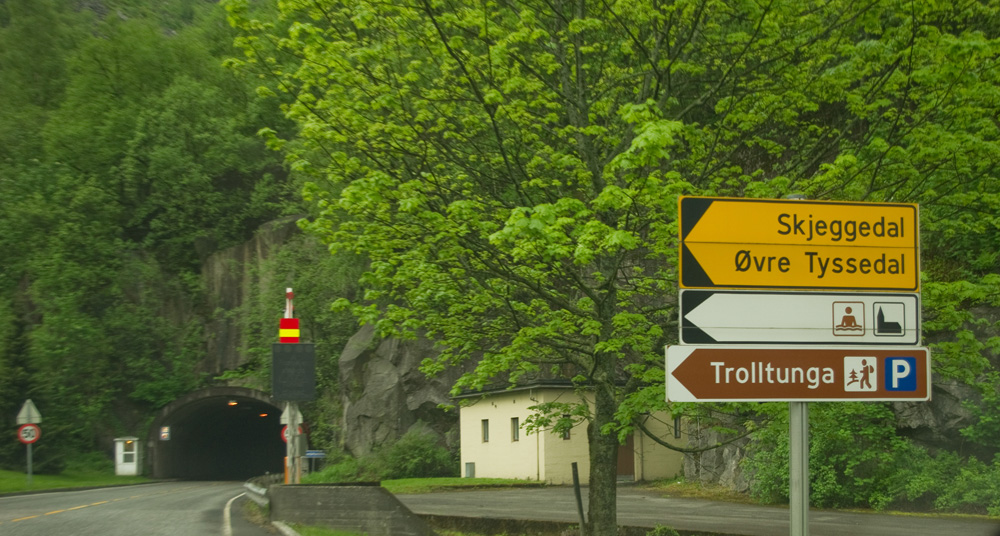 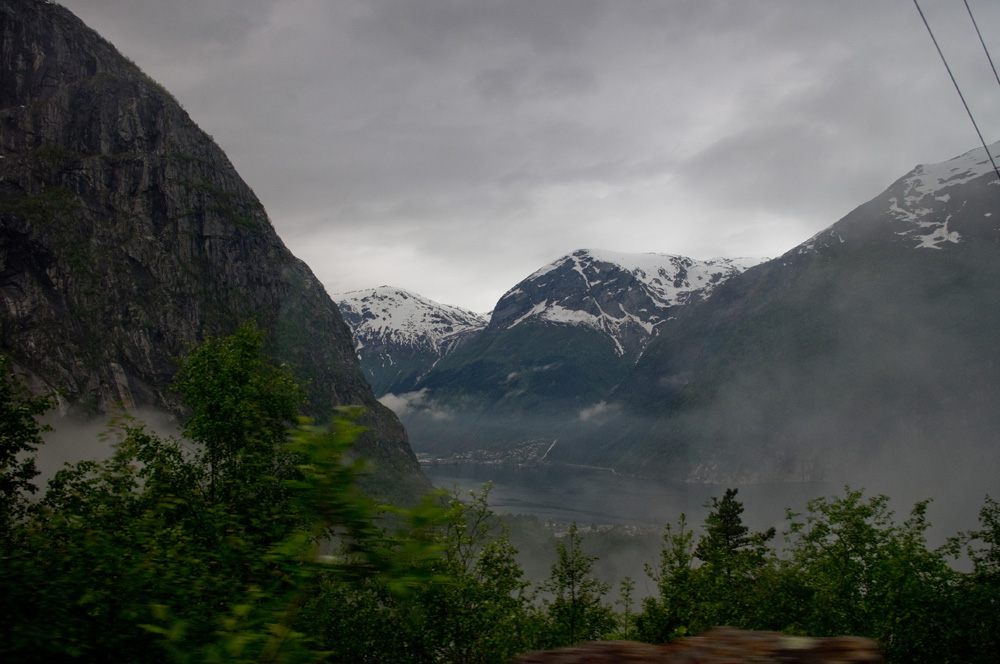 The start of the Trolltunga path

We knew that the first kilomtere will be tough, mainly stairs strait up. But thats doable. Second km was easy. Nice view on the snowy mountain tops. And then there was this bit of snow we played and laughed about since we thought it so cute that there is some snow in May. Little did we know …. 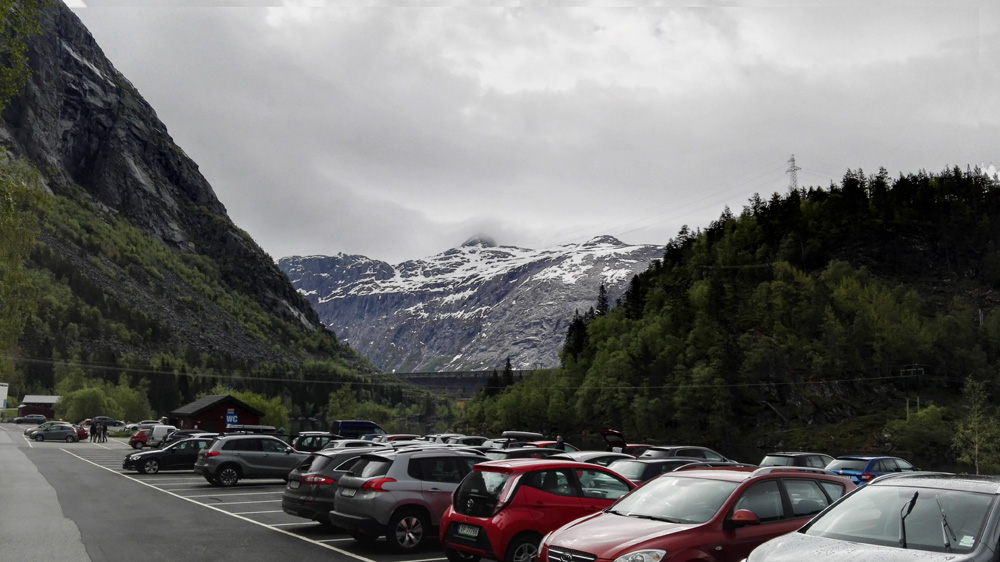 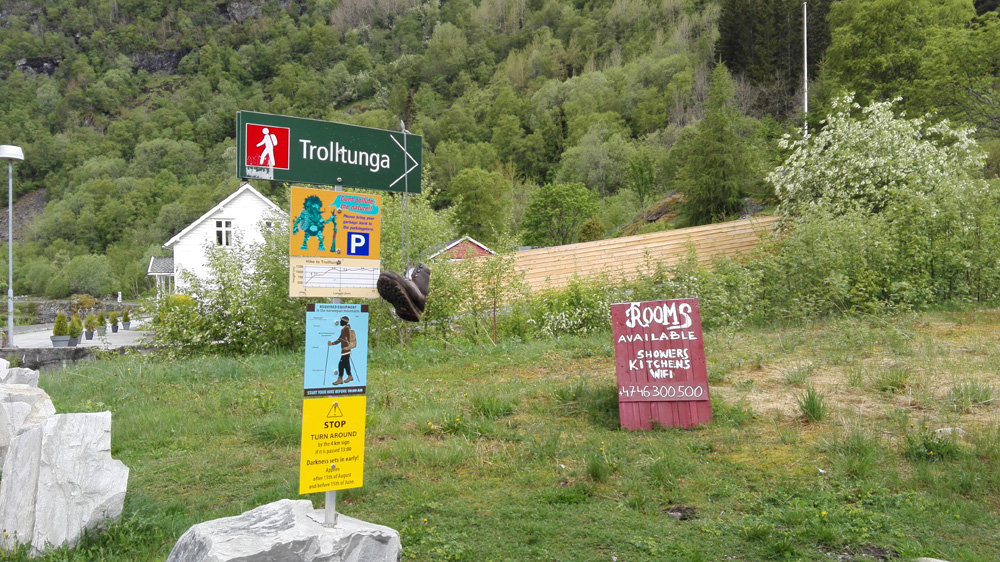 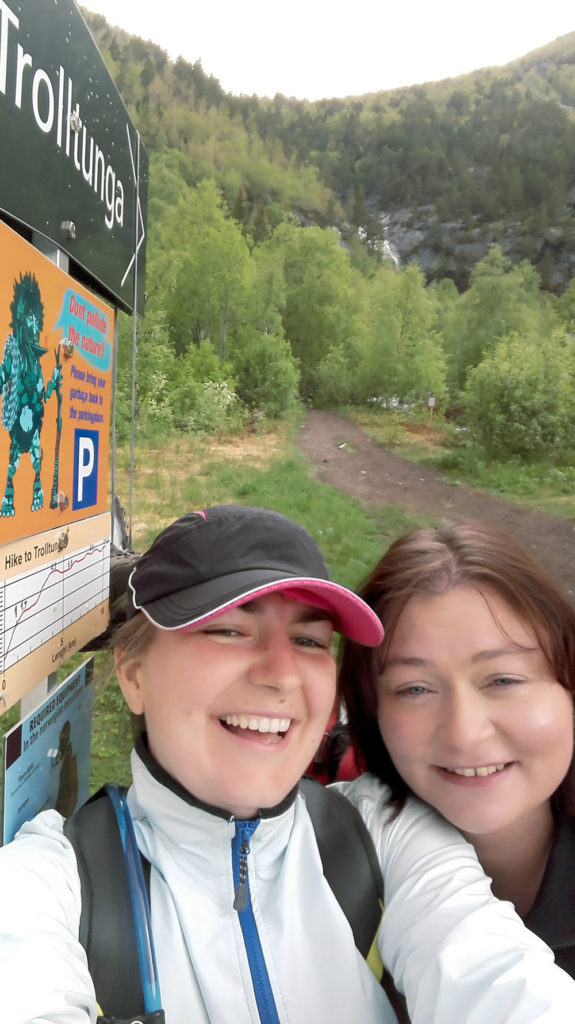 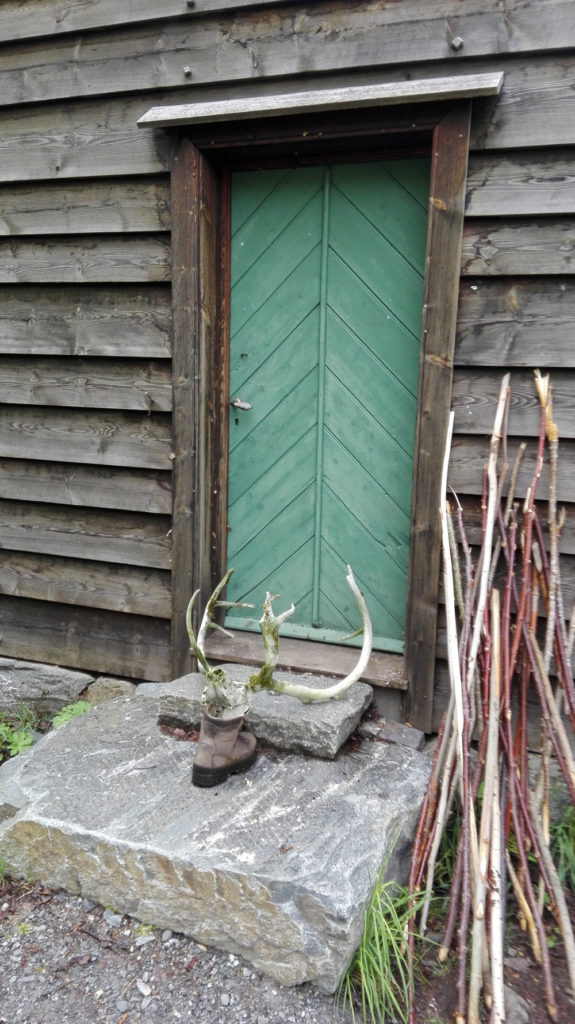 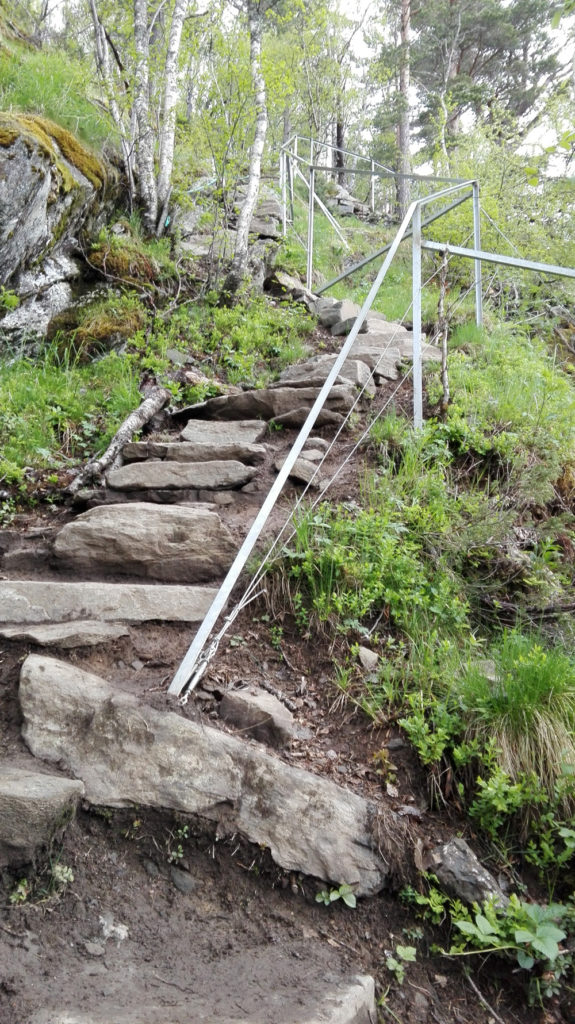 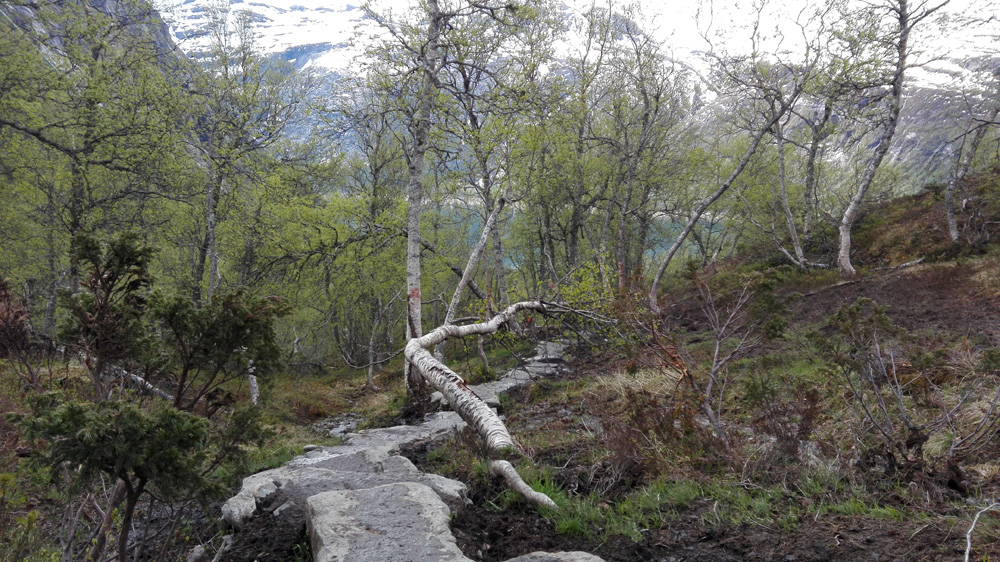 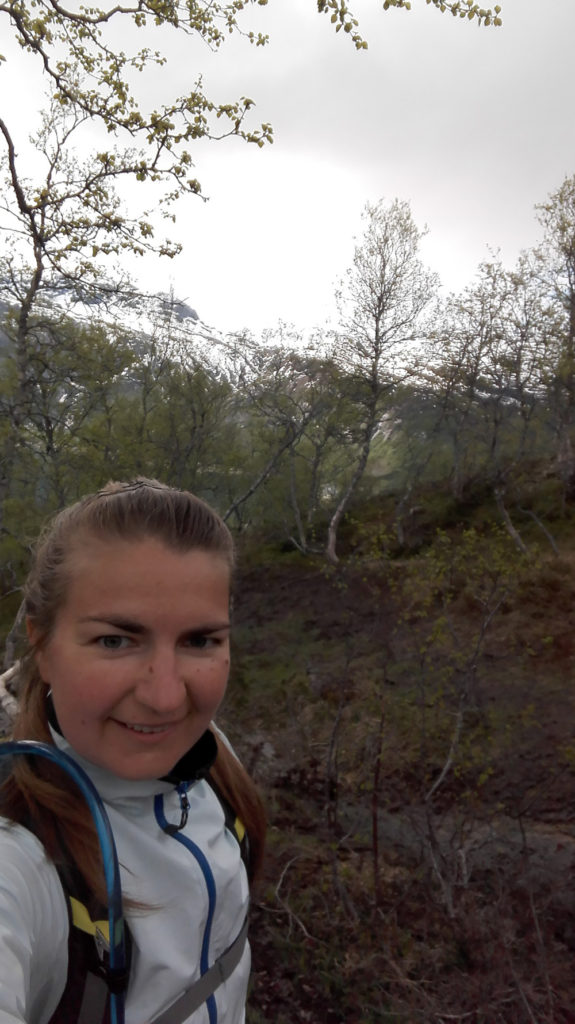 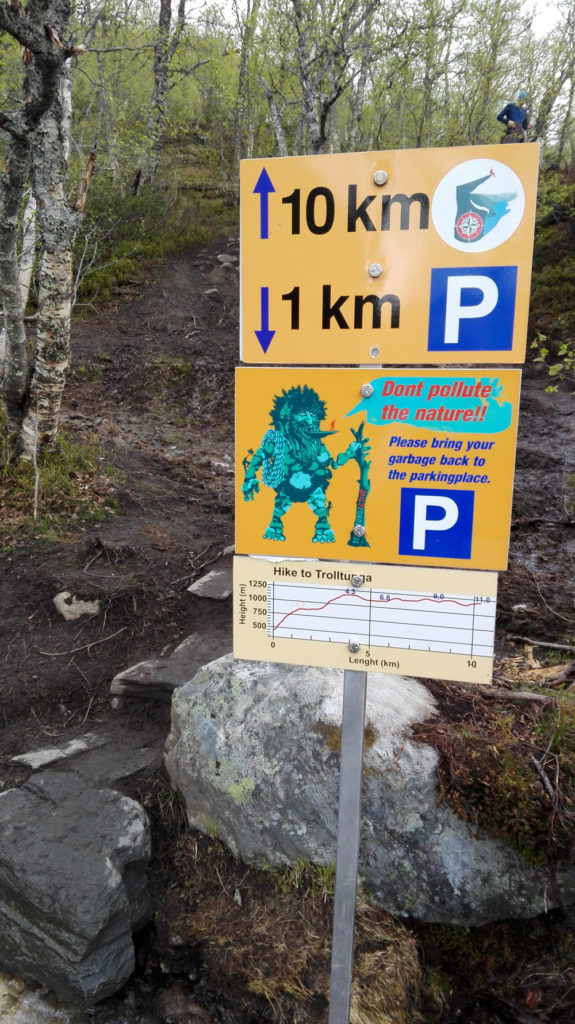 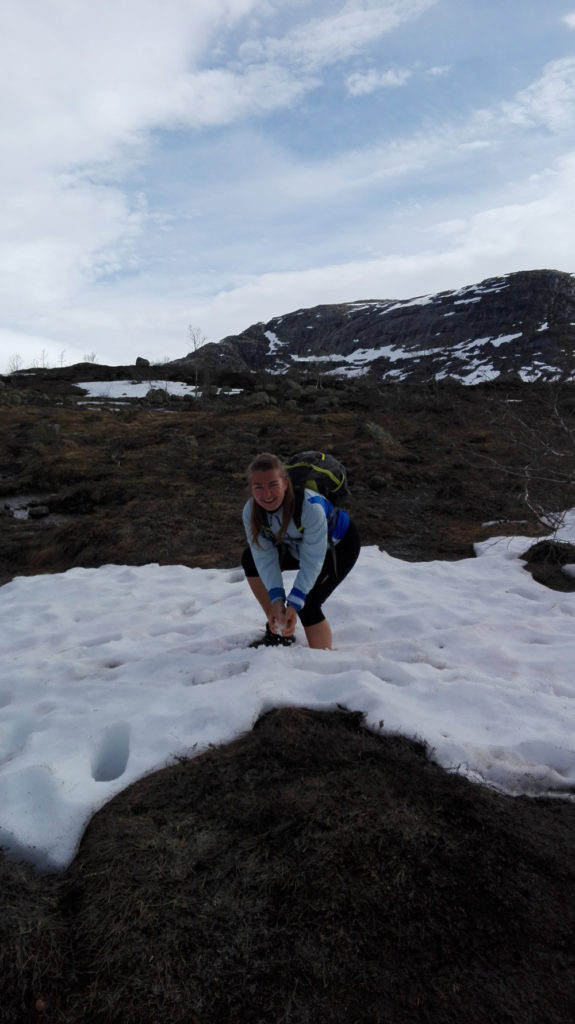 The panic arrives: Yes, snow for the rest of the hike

So we also knew that after third km there will be a tougher part again, and it was a snowy path uphill. But what really surprised us was the white big lanes of white snow with no end to see. I asked a person who was coming back whether this is the way it is going to be until the end (say around 5km to and 5km back again) and he said yes. And I was in my summer hiking clothes! That was not what I signed up for. And if I had known, I wouldn’t have done it, I would have gone to the lovely 7 mountain hike with 25 degrees warmth. So we had to decide. Actually, tehre was no decision moment, you just got to do what you got to do. So we did. 12km of snowy path. 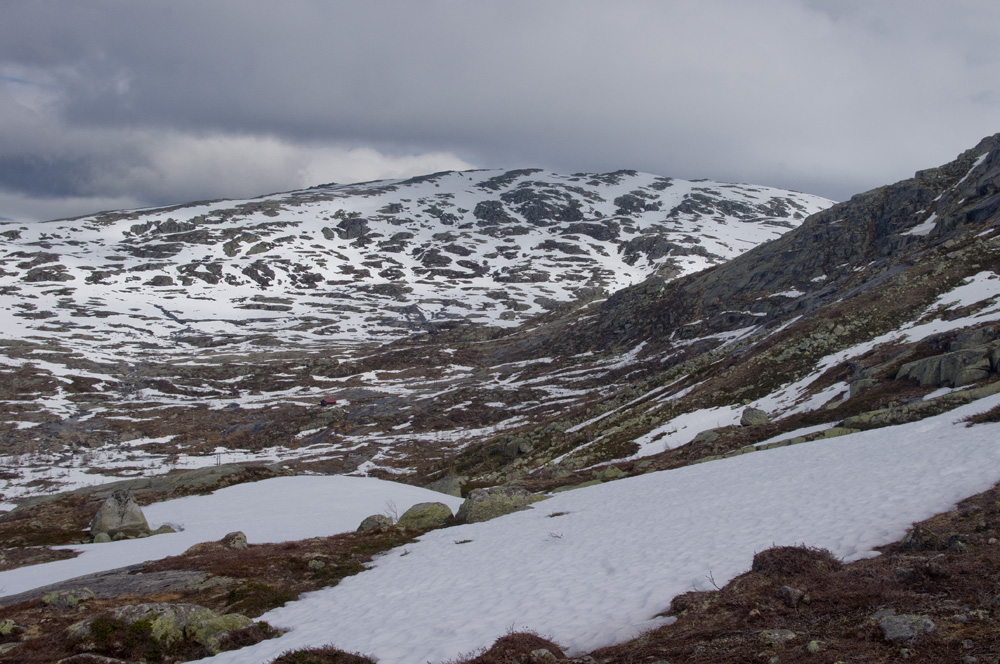 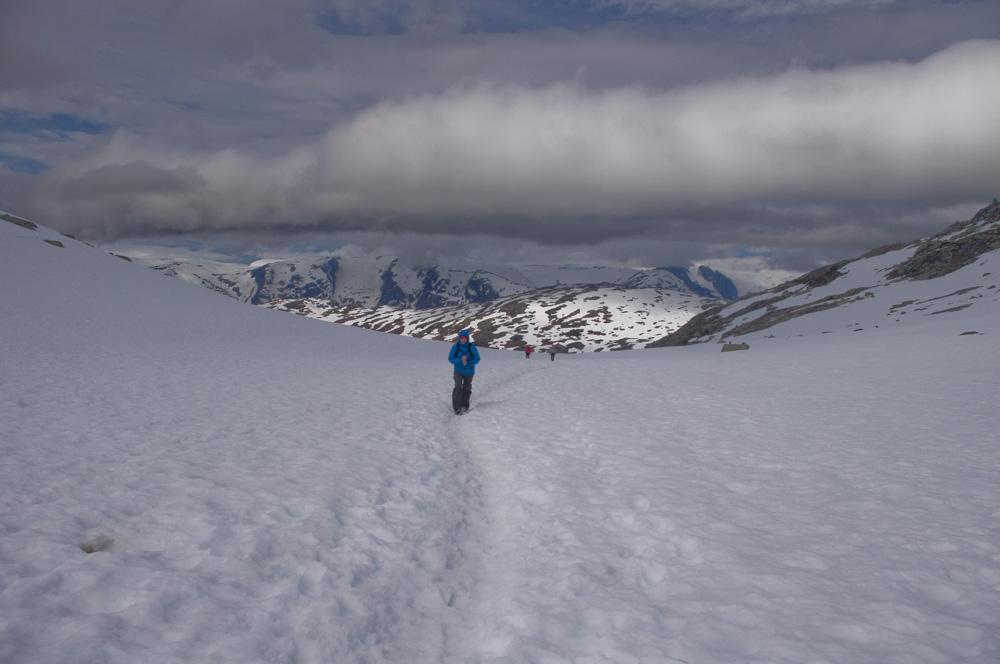 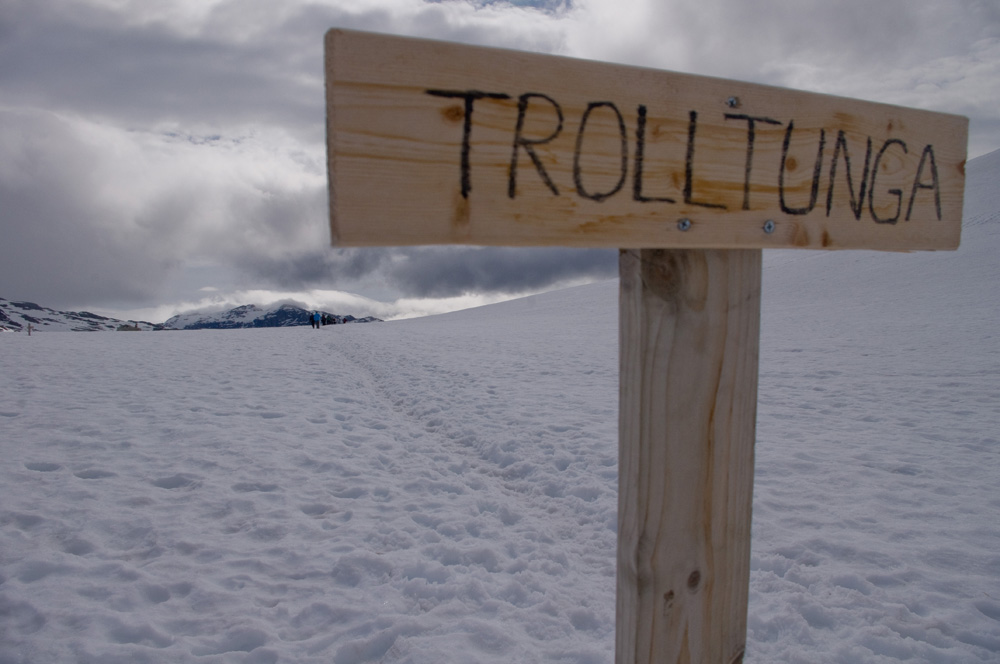 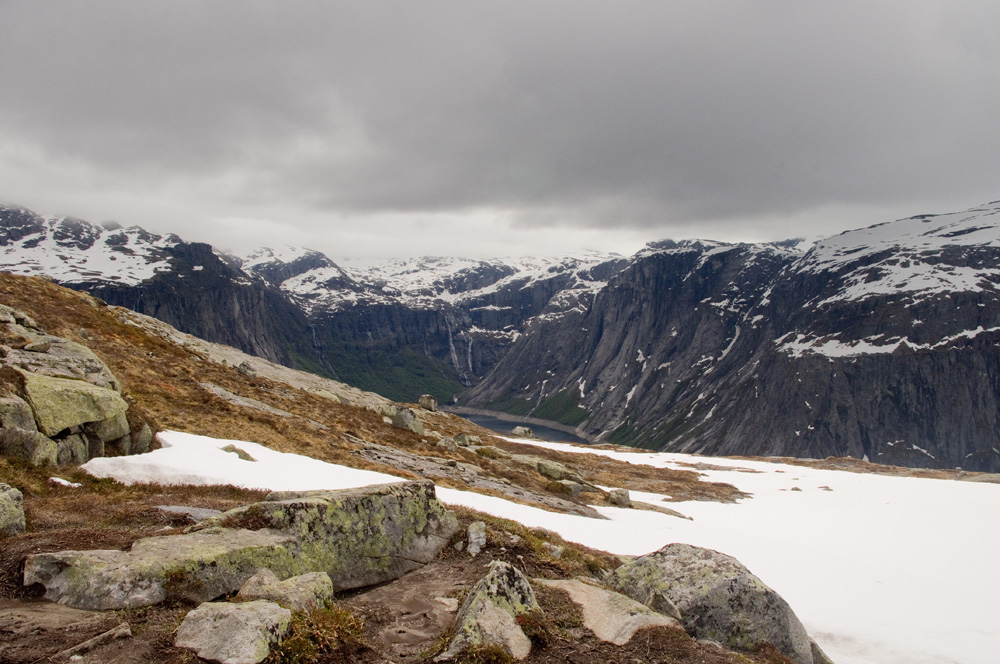 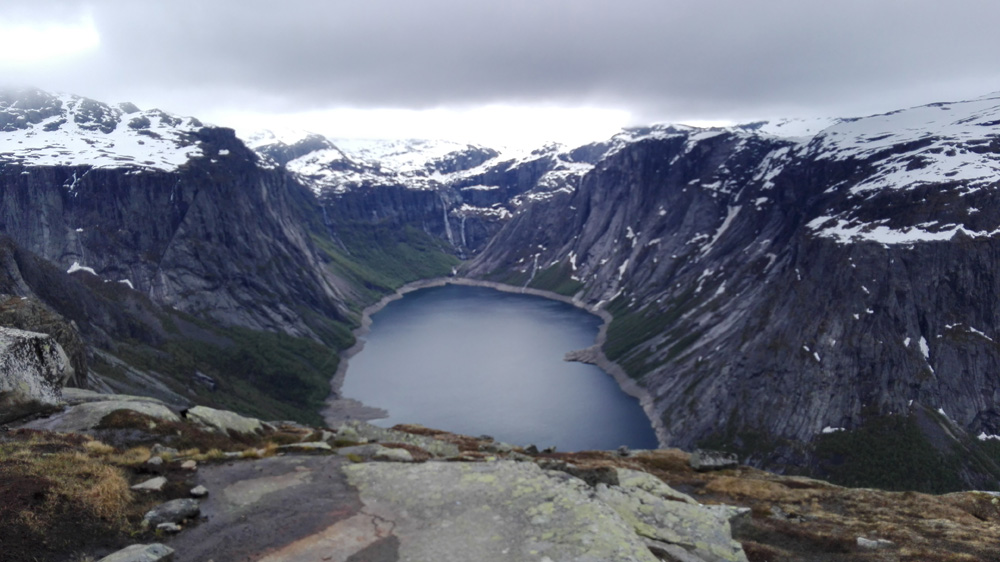 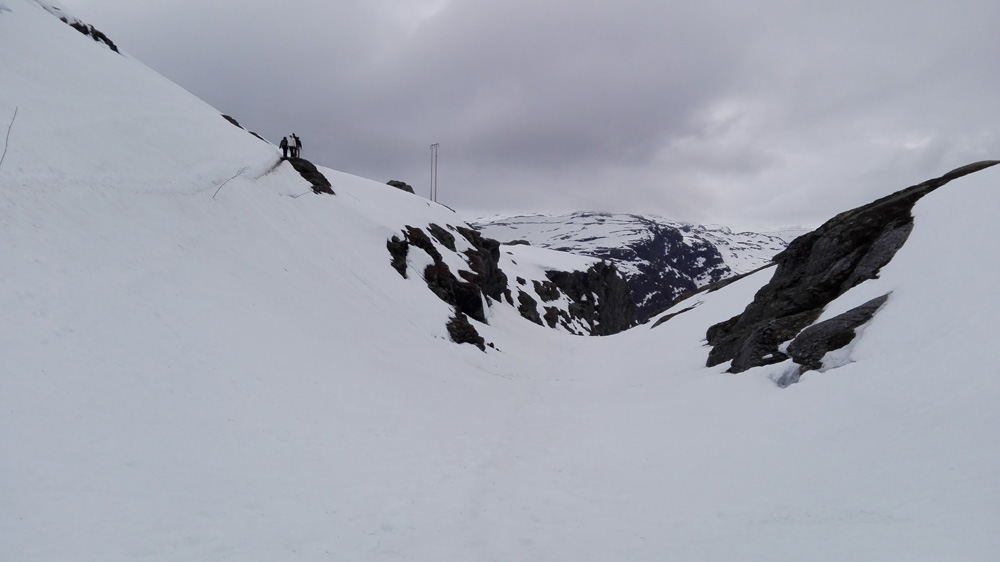 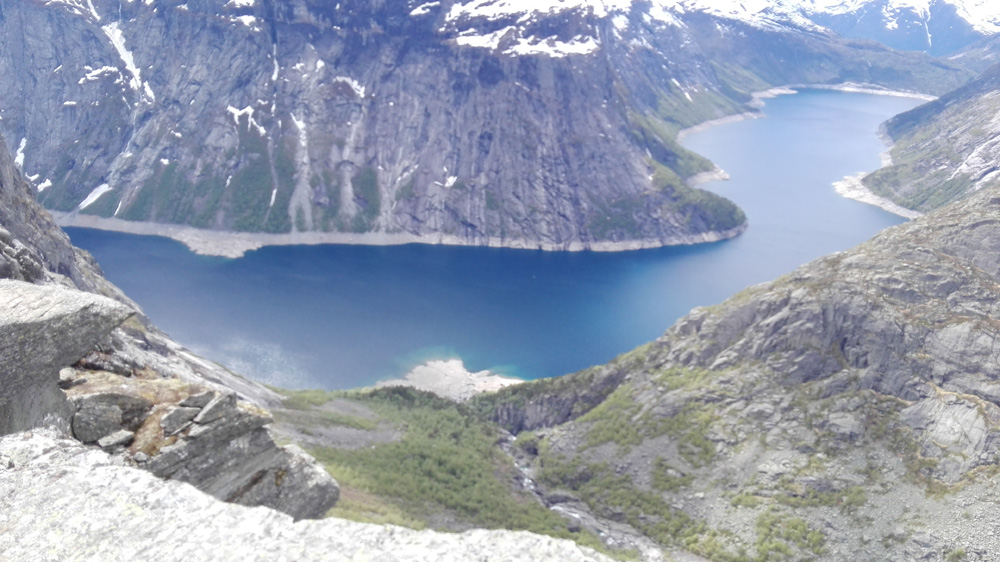 You all know I love Norway and all about it. I love the nature, the people, the culture, even the food. But my dissappointment when getting to Trolltunga was immense. I think partly it was because the 6 km of walking in the snow made me crancky. I am not a person to walk in the snow. But the pictures look good. In any case, it was a great trip, if you meet me I am happy to talk more about it, I will always remember it, but there are so much nicer hiking routes in Norway than that little platou. as a goal. 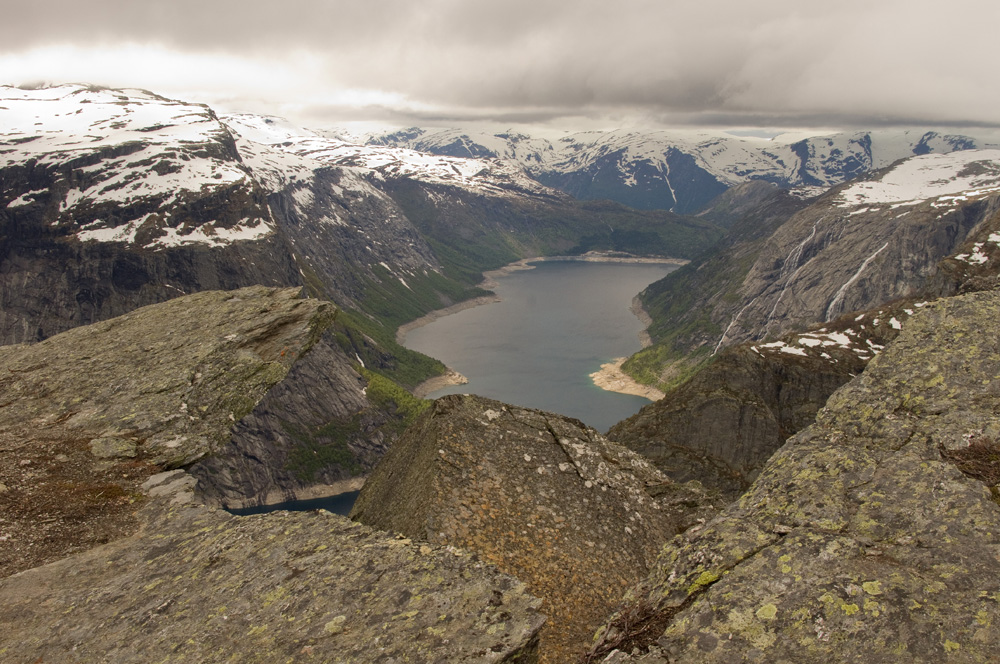 Well it was just a matter of going. We did a nice lunchbraek where there was not too much wind. I tried my socks a bit, not that it meant anything since my boots were all wraong, but it felt good. I actually had bikinis on so it was a shame that I couldn’t go swimming there, but I thought it was not wise in the snow. 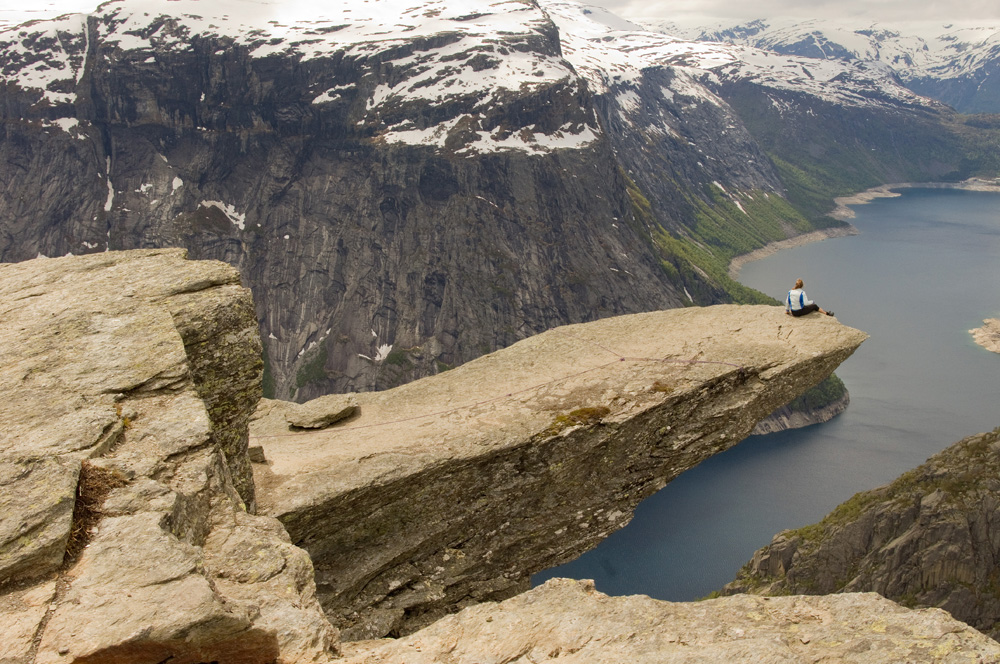 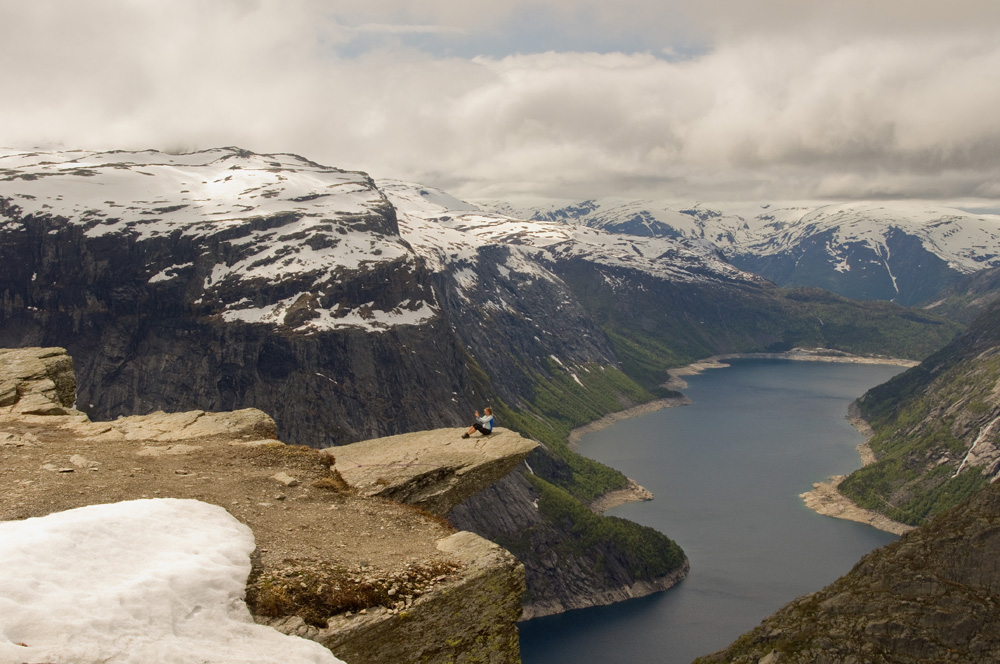 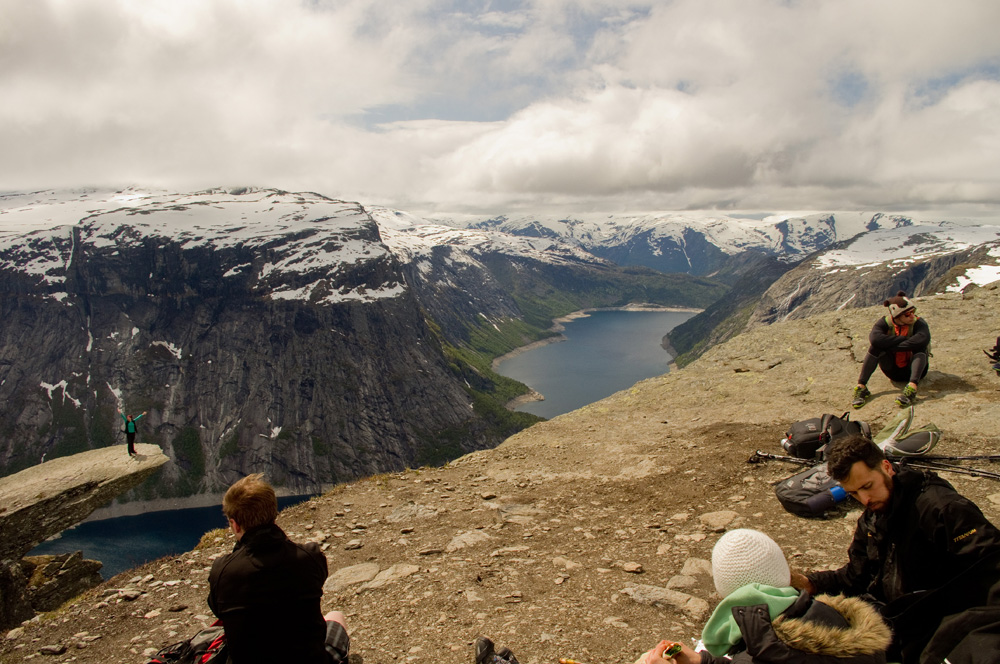 All in all it was a hike to remember. Norwegian fjords are a sight to see and hiking there is so fresh and lovely. The hike was difficult only because we weren’t ready for the snow. The hike itself is probably very easy when with right gear or in summer time. But as I said before, the pictures look amazing but the Trolltunga itself is not that majestic, there are far more powerful places to see and tougher hikes to do.