This week was business! Well, from Wednesday. I finally got myself a plan to reach my goal. It requires lot of gym and even more kayaking technique+balance training. But finally I have a plan. Few people to help me on my way, for my strength building, kayaking technique building and confidence building. Another change was that we made a little fix with Nelo to make it more suitable for me. So here’s my week. 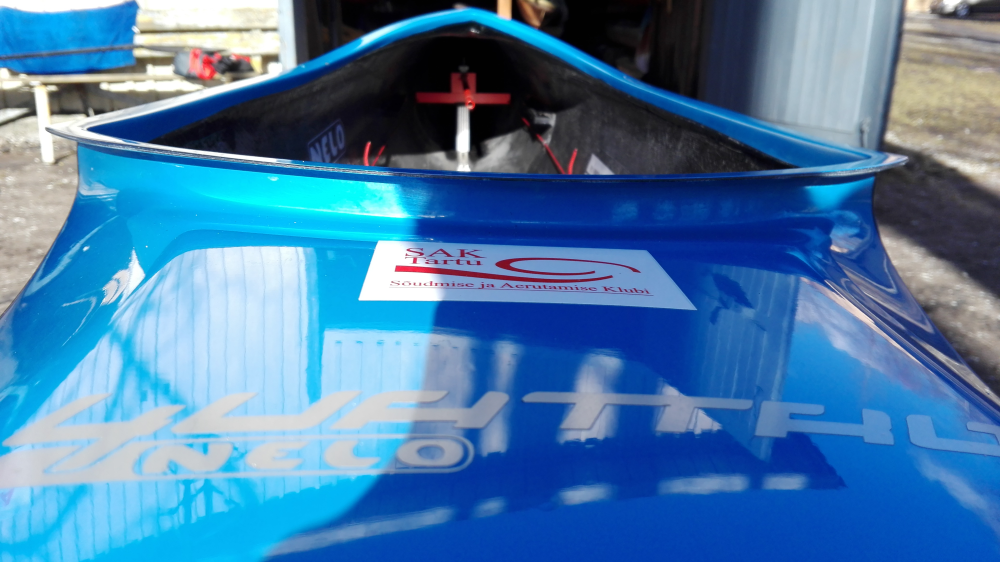 Since on Sunday I did a bit of swimming in the river and the weather was coldish, I decided to take it to the gym. Light training.

Morning: Gym training ca 1h for specific kayakers’ needs. Was supposed to be difficult, but as it was a bit eclectic, it was not that hard. That is why people who want to get anywhere need someone who can give them systematic plans.

After I had been to school and work, I came back for a short training on the water with Nelo. Some of the kayakers from my base passed me and they also saw that I am too light for the boat and since I am short, I had to push the seat closer to the nose of the kayak withc put the weight in front and the rear was up too high. This all adds to making it difficult to balance and makes it longer for me to be better.

Technique training. 1.1hours and 8km with Vajda. The weather was rather windy and made my hands cold. My dear ex-trainer who is retired from February 2017 came to help me fix Nelo’s foot holder – we needed to push it closer to the seat so I could push the seat back (from 1 to 7) SO I would be right where I should be in the kayak, on a better balanced position. As this kayak is meant for people with longer legs, we need to be creative. After 1.5 hours, we won 6 cm which made a lot of difference. While I was waiting I did a quick spin with my slalom boat to keep myself warm.

I am now seated on a better position and it gave more confidence, more balance. I hope the results will follow … To celebrate the change, I did 1h /2km on the water with Nelo, getting further away from my safe shores 🙂 I usually hang out. Those who have seen, know.

The new plan includes me learning to run. Friday was 2-trainings day, one of which had to be non-kayaking related. At first I was supposed to go kayaking during the day but it was raining and it was cold, so instead I did some work. I did my first running training after lunch and went to the base around 4-5pm. I was very hesitant about going on the water, so to take time to decide I warmed up on kayaking ergo. It feels so good to paddle on ergo that I couldn’t just not go kayaking on the real water. I need to become good at it. And the only way is to actually be on the water. Luckily the rain had stopped but it was still windy. Never the less, I took Nelo out for a spin. I was supposed to do 2h, but I did 1 because it was just cold and dark. Total of 3km. That’s already better than the first Nelo training this week.

Saturday was planned as 2.5h training. I was happy that Eve, one of the best female kayakers in Estonia joined me. We did a total of 17.25km and pretty much exactly 2.5h. I took Vajda, because that gave me more freedom to try and learn from her and to keep up with her. It was great fun, the weather was amazing and for such a long training it is better to have someone to talk to. She also pointed out one thing of my technique that I hadn’t noticed.

Gym day! So, Tuesday was not as great as it was supposed to be, I had my hopes up for Sunday. I had a list of what I needed to do, how many times. Mostly upper body strength building and figuring out my base strength level. It is not very high. At least we know how high it is, what are my weak spots and how we should go on to build it. Exciting! It took me 1.5h to manage 4 times 10 exercises.
To finish this training week and since the weather was so sunny I also took Nelo out. It was so warm that I had to take my water-resistant jacket off. Summer is coming! One sign of that is that the jets and speed boats are going up and down the river and I had the luck to learn how to kayak in the waves. If there is one thing I am good in kayaking, it is balancing when standing still, meaning that even if there is a wave or branches or fishing lines, somehow I manage to move and not fall over by standing still. Magic.
The jets’ waves shook me quite terribly, so much so that I had to paddle fast when I next saw a jet coming. That proved that I actually can paddle :D. When the jet was gone and I reached the shores safely, I took a minute to reflect and get my heartbeat down to normal again. And then I continued on and I actually did paddle slowly and steadily. I even managed to not do the left-hip thing at times. I consider that a great success.

It was a good week.