Herbert Tiemens: Why do I bicycle?

Just few weeks ago I happened to meet a group of cyclists who were in Tartu to investigate the city’s cycling facilities so they could plan a better infrastructure for cyclists. Now, it has been years (10?) since I last went cycling. It has never been my thing. But as walking, kayaking and karate is my thing I could see that the cyclists had the same passion for their …. kind of a lifestyle? I don’t know how to better say this but it is a lifestyle when certain activity is dear to you and it takes up a huge part of your life. As we talked more about cycling with Herbert, the ambassador of cycling from Netherlands on their visit to Tartu, I thought he could be a great inspiration for people who already cycle but those who could. I find his answers to my “Why do I …” section of the blog very interesting, hope you find them interesting too. Enjoy!

Hi, My name is Herbert Tiemens from the Netherlands. This country is known for weed, sex, windmills, tulips Rembrandt and bicycles! I am working for the provincial government of Utrecht as bicycle policy maker. This means I investigate options to increase cycling even more. I stimulate municipalities to invest into bicycle infrastructure and make proposals to share grant for them. I am also acknowledged for my wide bicycle knowledge. Besides my full time job I travel occasionally over the world as International Bicycle Ambassador for the Dutch Cycling Embassy, a public-private partnership to disseminate the knowledge of Dutch cycling all over the world.

2.       What part does bicycling have in your life? Are you doing it for competitions, training, lifestyle …

Ha, I use my bicycle mostly for transport. I never wanted to have a car, never had a driving license, so the bicycle brings me everywhere. I cycle to work, but I use a bicycle also for day trips, holidays and sports. Of cours this means I have different kind of bikes, but the most kilometers I make on a city bike. In combination with public transport, mostly trains, I come everywhere in the Netherlands, and by plane everywhere in the world. So yes, the bicycle plays a huge role in my life, but I never considered it as a lifestyle. To me it is like brushing your teeth or mowing the grass, you just do it, without any deeper thoughts. 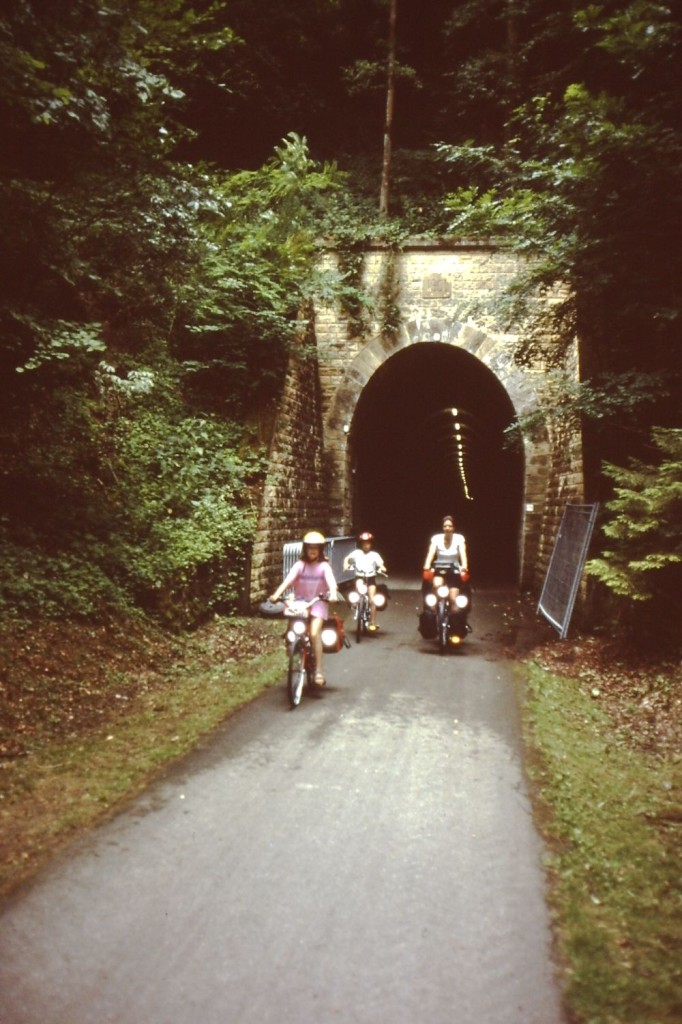 As a kid I started to ride a bike and actually I never stopped. When I was a teenager my mom often send me out of the house, tired of my laziness. So I cycled around and found out I could cover large distances. One day I did 75 kilometers to Maastricht, the capital of the south of the Netherlands, and quite exotic because of the hills. This gave me such a great feeling, being out on my own, cycling somewhere and go to interesting cities. A feeling that I memorize and that I want to share with the world.

4.       Your favorite/memorable experience with bicycle?

Oh, I got so many memorable experiences with my bike. Nice, scenic routes in England, riding the mountains in France, enjoying the cities in the Netherlands and the towpaths in Germany. One memory that moved me was the first cycling holiday we did with our daughter on her red bicycle. She was so happy to cycle on her own, and when we after two weeks finally reached the city Maastricht I remembered how it was when I was cycling there the first time. I was so proud of her, cycling all the way down when she was seven years old. Last year in London was also a very moving moment seeing a so-called “ghost bike”, in memory of someone died on the spot. The transport policy of the government in London is very bad and every year on average 15 people are killed on the roads, because they use a bicycle. The authorities ignored the advice we gave about a roundabout and later two people were killed on at that spot. It makes me so sad when we have to erect statues for them killed by the ignorance of government.

First of all, cycling is fun. Going out, feel the wind in your hair, feel the sun on your face and see the landscape changing by every push you make. Even with the right rain protection or cold protection cycling can be fun in wintertime.

Second important reason to cycle is you often meet interesting people. Being on a bike means you can talk to other people, see their faces and say hello. You’re so much more part of society when riding a bike.

Thirdly. In Netherlands often forgotten, cycling is a good exercise. It makes your blood running without too much efforts and it keeps your bones and muscles strong.The chance of injuries is very low and researchers found out

people who cycle live 14 months longer, and remain the last years of their life in better condition.

Fun fact: As long as you ride a bike, you don’t have Alzheimer disease.

Oh, and did I tell already cycling is fun?

6.       Suggestions to those who are looking for a new hobby or are starting using a bicycle.

Any other thoughts, suggestions, books, videos, websites to follow…

Books of Josie Dew. She almost never writes about the cycling itself, but about the remarkable meetings she has with other people during her travels all over the world.

Book “The Kingdom of Bicycles” by Pete Jordan about the development of cycling in the Netherlands and the struggle of authorities with cyclists and their bikes.

And to start on the internet:

bicycledutch.wordpress.com, great website with nice videos about everyday cycling in the Netherlands. You can browse for hours, also the comments on Dutch cycling are very noteworthy.

Where to find Herbert Tiemens:

I am happy to hear your experiences with cycling! Feel free to contact me to give feedback on the story or this walking lifestyle blog at liisitoom@gmail.com