On 10th of February, an annual carnival took place in Ibiza Town. In addition to showing off dance groups’ performance skills and a chance for kids to have fun and dress up, this year’s carnival stood out with two things. 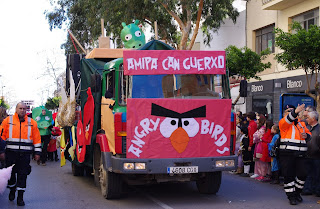 Angry Birds – my-oh-my they get everywhere! From a simple game to candies, stuffed animals, lunchboxes to a performance by two groups in the Carnival to becoming a “political faces”.I personally haven’t played the game and by seeing how addictive it is, I am not going to try. But it sure is a great brand creation and development story, respect!
I guess nobody likes nor are happy with the decisions the politicians take in their own country and Spain is no different (I am not taking a stand here). The two issues I understood and have also read about AND was present in the Carnival as a political statement was the cuts in education and health. 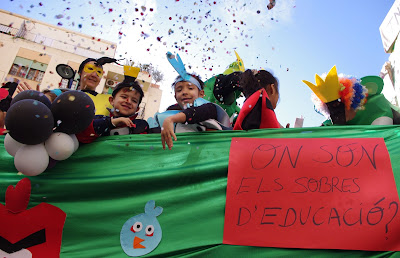 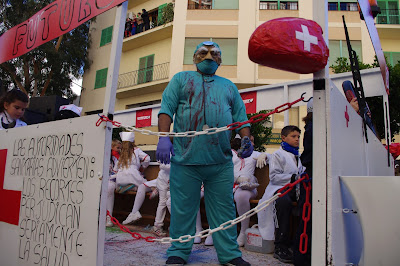 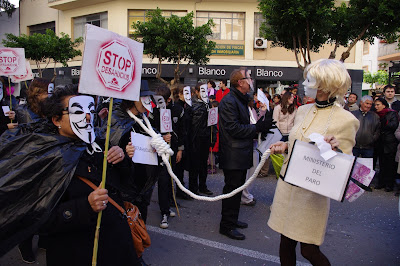 On a positive note, there were some really thoroughly executed dance performances. I personnally liked the Mary Poppins show and Gladiators. To see the other videos, you can check out my Life in Ibiza channel.

The Carnival had some really cool and cute costumes, both in the Carnival “train” as well as in the crowds. I really liked this Michael Jackson jr, who was very expressive about what he liked and what he didn’t. You can see more pictures of the Ibiza Carnival 2013 here. He also had bodyguards in the costumes of ninja and a musketeer. 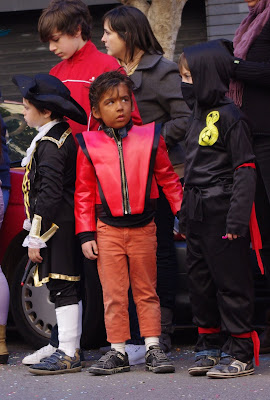 And Carnivals are not only for youngsters! The adults enjoyed themselves greatly as well! 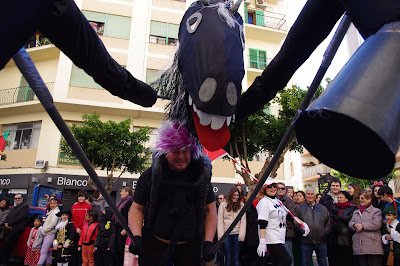