Vacation in France: The island of Porquerolles

One place that I constantly got suggested to visit, was Porquerolles Island (Île de Porquerolles), on eof the islands of Hyere (one of my favourite places in South of France), Var, Provence-Alpes-Côte d’Azur (oh the long list of location names in France …). The surface area of the isand is 12.54 km2 and its population is only few hundred people. Porquerolles is the largest, most westerly of the three islands in the Îles d’Hyères. It is about 7 km long by 3 km wide, with five small ranges of hills. The south coast is lined with cliffs, and on the north coast are the port and the beaches of Notre Dame, La Courtade, and Plage d’Argent.

My initial plan was to hike around the island, about 21 km. As the weather on the day I planned to walk it with my Friend from Toulon, we went to Sainte-Baume walk instead, so I had to take the island on my own.

It was a Tuesday, I started my walk around 10am. Took the boat to the island and just started walking.

Written records mentioning Porquerolles date back to the third century. Porquerolles’ only village, next to the harbour, was founded in the early 19th century but in 1912 the entire island was bought by a fantastically wealthy adventurer named François Joseph Fournier for his second wife for 1,000,000,010 francs. He planted 450 acres of vines, as well as hundreds of trees; he also built Le Mas du Langoustier hotel. The Belgian writer Georges Simenon was another fan and set two of his novels, Le Cercle des Mahée and My Friend Maigret, there.

My first stop was at the Mill of Happiness (Bonheur). I thought it was such a lovely name for it. I continued to walk completely randomly, I did have a map but it was quite useless and my gps and anything else did not work that day. Nevertheless, I passed lovely vineyards, amazing coastal sites. By the way, these vineyards produced a wine that was among the first to be classified as vin des Côtes de Provence.

It is common to rent a bicycles there so I saw a lot of cyclists. Rarely was there a moment I was completely alone. That is the downside of popular tourist sites and Porquerolles island definitely is a tourist site. Nevertheless, I made no notice, and walked on.

In 1971, the French state bought most of Porquerolles, protecting it against urbanisation by granting it national park status and designating it a conservation area during the Eighties. As a result, the island’s landscape resembles the French Riviera of centuries ago: oak forests, olive, fig, juniper and strawberry trees thrive, as do lavender, rosemary, rock rose, myrtle and other Mediterranean flora. Electric green dragonflies add flashes of colour around the island’s creeks and coves. 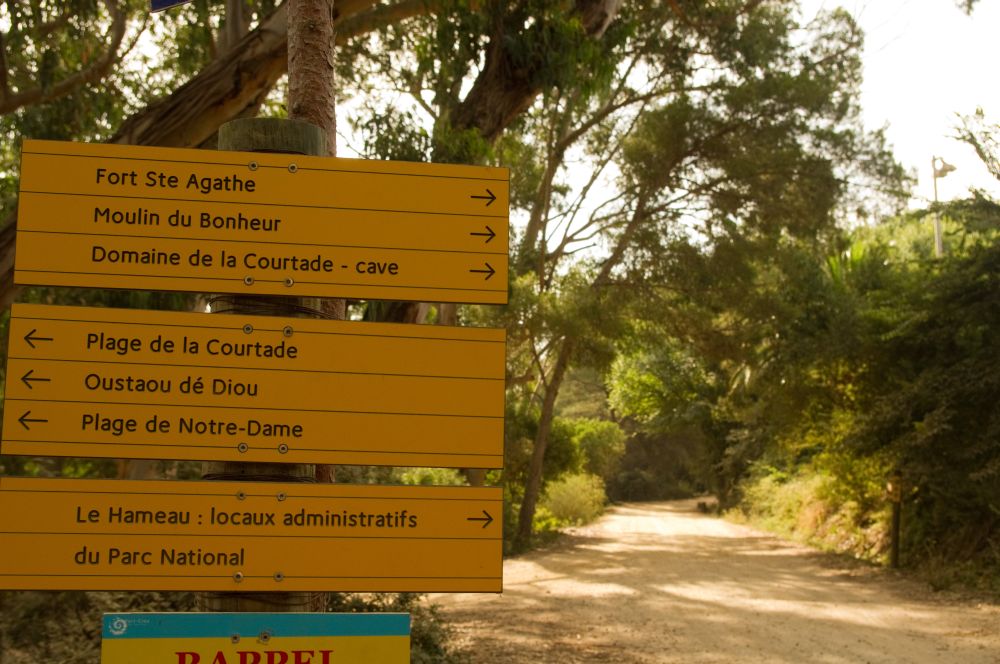 The only time I did not see anyone was when I took a turn that led me to a mini-path that led to a path that was forbidden. I should have realized it when the trees and bushes got think and unpassable. I somehow managed to pass it and ended up on a normal path – that is where I saw that I was behind the lines :). But I did get to sneak to a small pathway that lead to the sea. A sneaky place I saw some boats had stopped so that people could take a dip in the water. 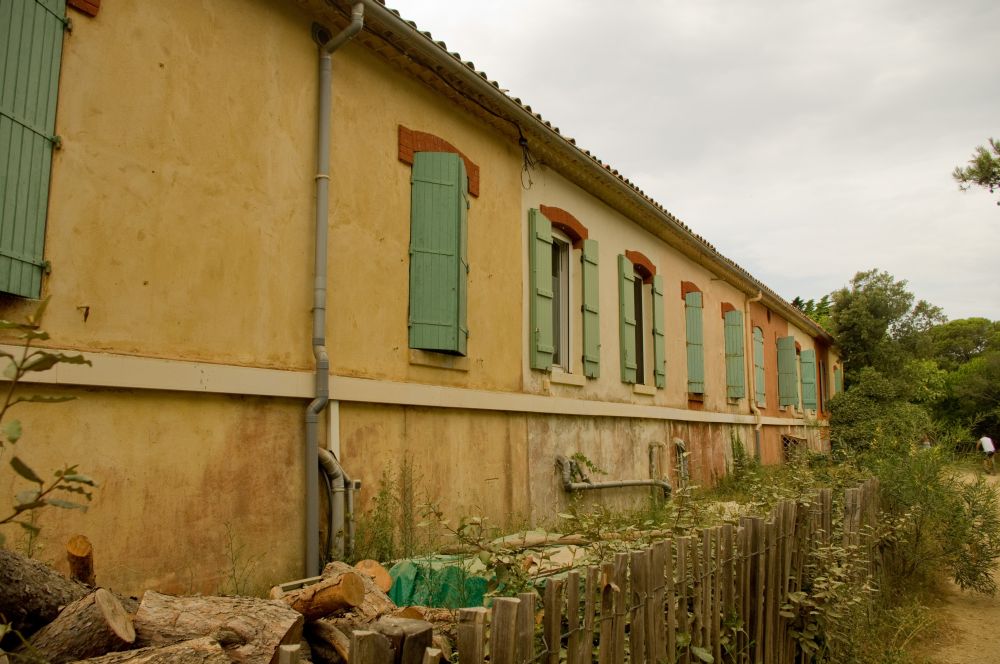 My favorite site was the clear blue water and the cliffs just about visible under the water. Amazing!

My second favorite site was the trees. These are called the parasol (pine?) trees as they are like umbrellas.

Finally I got to the beach. It was the plage d´Argent, Silver Beach because of the sand. As it was very hot, I took a long swim in the salty sea. Relaxed a bit and then headed back to the boat.

To get back to the boat, I passed the part with restaurants, shops for souvenirs and local art. 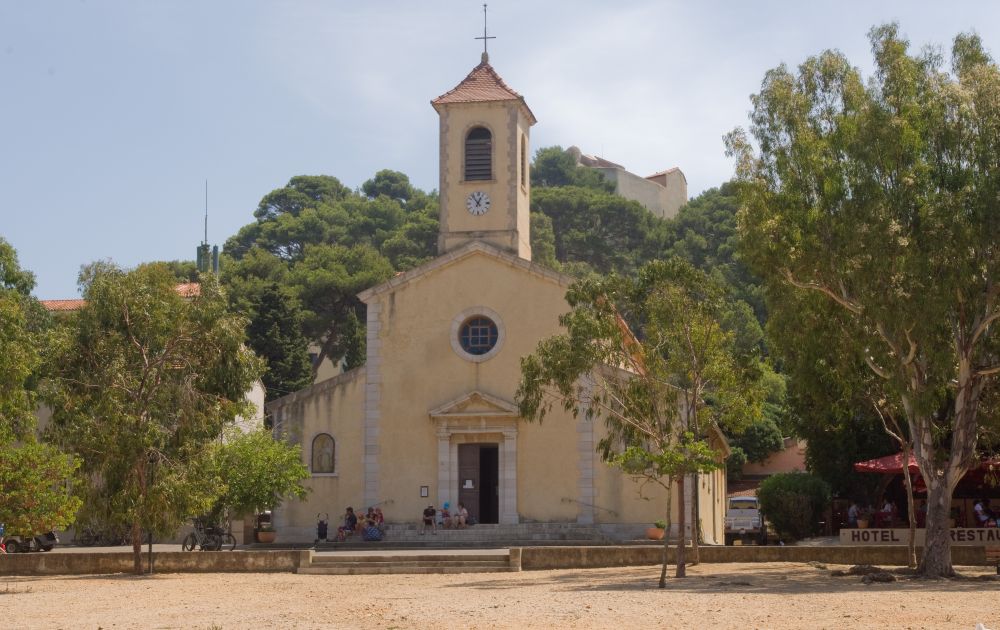 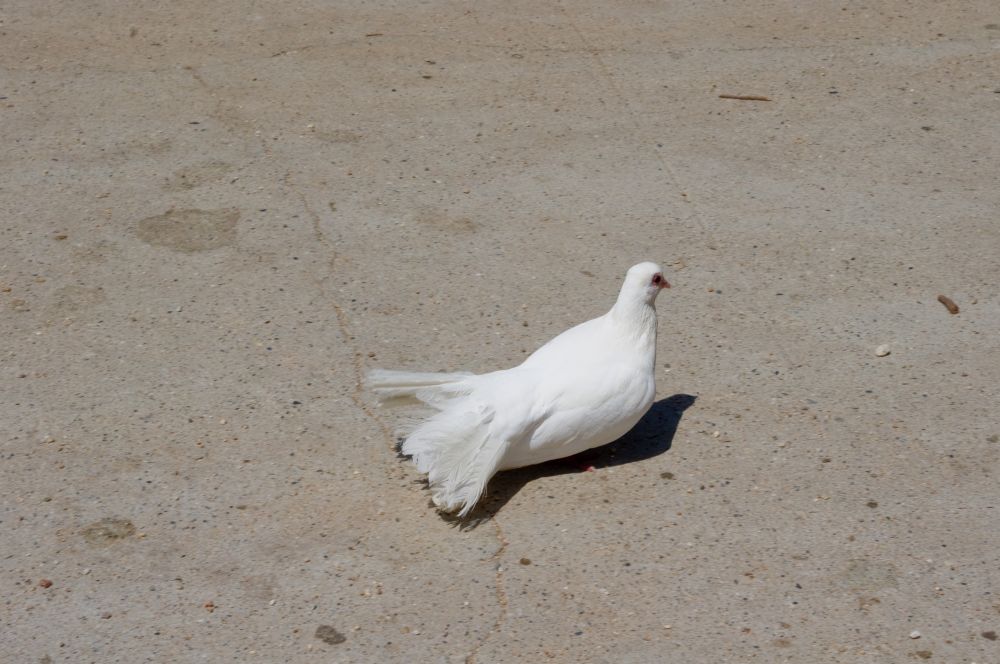 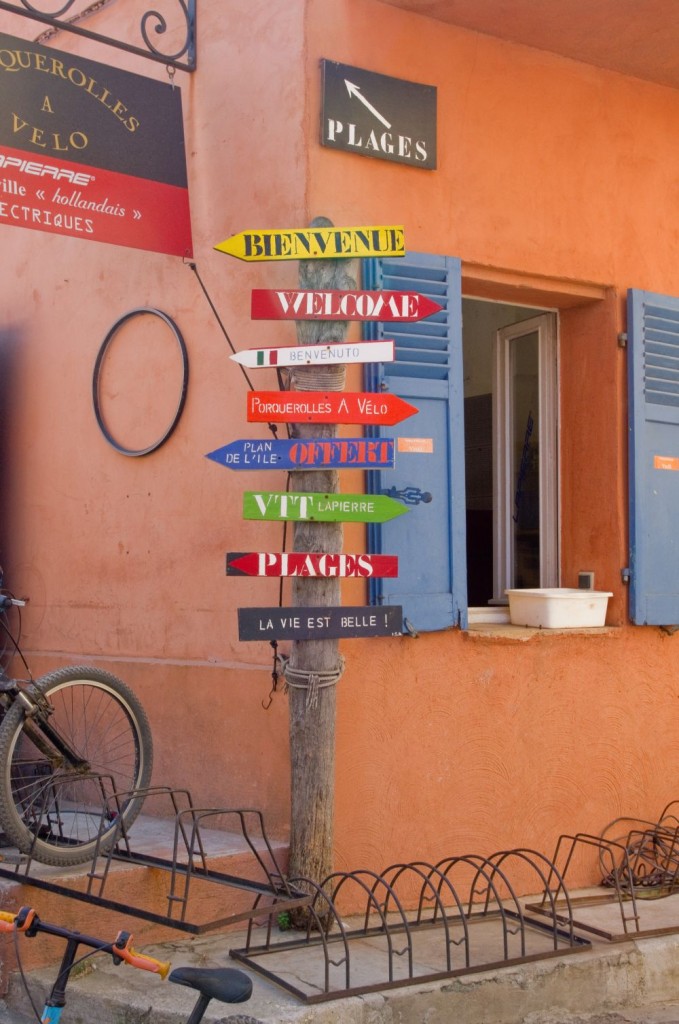 In Hyere, waiting for my bus back home, I realized why I had such a hard time on that trip. I saw the temperature sign. It was 43!!!!!! On that kind of weather I should have just stayed on the beach. Oh well. You live you learn. That did remind me of 30+degree walks in Ibiza. Everything I did took so much effort and time and I did feel a bit bad. Thus I also did not walk the whole island this time. That means there will be another time to do that. I would rather kayak around the island though and leave walking for some mountains.

So this is almost the last post about my this year’s vacation in France. Only few more to come. But I can already say, that these won’t be the last! I have started an intensive course in French and I have my eyes on some places and have made some plans for certain times. Let’s see. Maybe I’ll go to Rome instead. What do you think? Where should I go?

I got some information about the island from here and here.