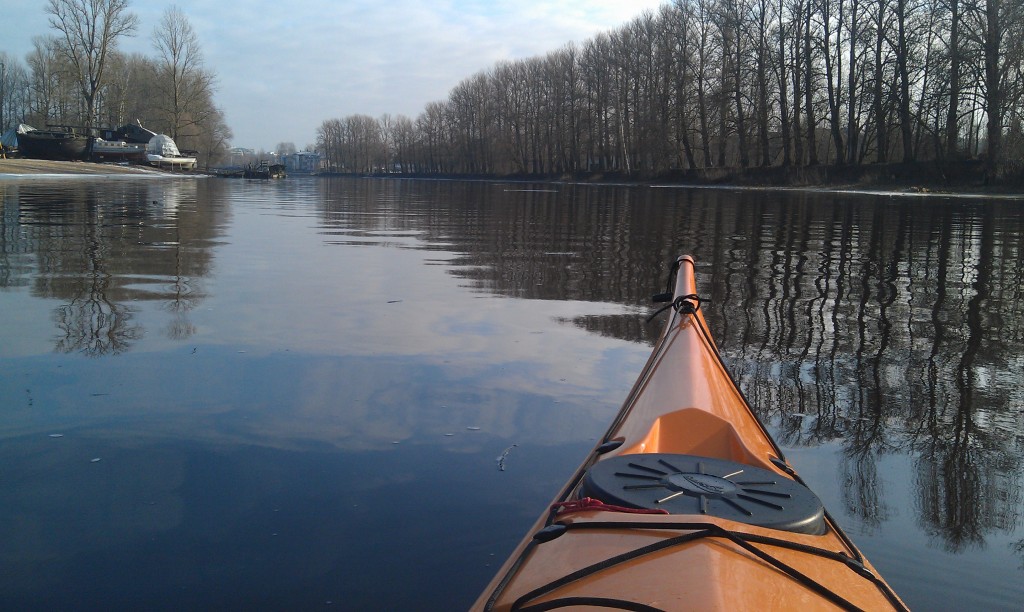 One day, a week ago I was walking in my neighborhood, which is mostly by the river I go kayaking and saw a person on a kayak. Immediately I took out my phone and called my trainer (voted THE best trainer in paddling for 4 times). He didn’t let me on the river for safety reasons – the shore was still under ice. But,

This year will determine whether the kayaking “thing” will continue for me or not, as I have set some goals in order to decide whether to buy my own kayak.

Simple things, but things that would both develop my skills and thus the comfort and enjoyment in kayaking and let me have some challenges and action.

What’s up with you? What will you be doing this year? Tweet, Facebook and tag #walkinglifestyle or write if you need inspiration and want to comment on my blog – liisitoom@gmail.com