The Night of Science 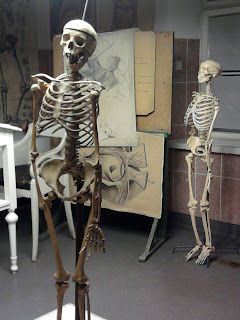 Yesterday, a traditional Night of Science was held. Me and Helen went to see the old anatomical theatre on Toomemäe, Tartu.

The Old Anatomical Theatre was built in 1805 according to designs by the university’s architect, Johann Wilhelm Krause on the south slope of Toome Hill in a location formerly occupied by the Carl Gustaf bastion, a defensive structure erected during the reign of Swedish kings in Estonia.

The staff was wonderful, explaining the history, there were fun attractions like you could see how fast blood circulates in your heart and they offered herbal tea they made right at the spot.

If you have a free afternoon in Tartu, make sure to stop by.